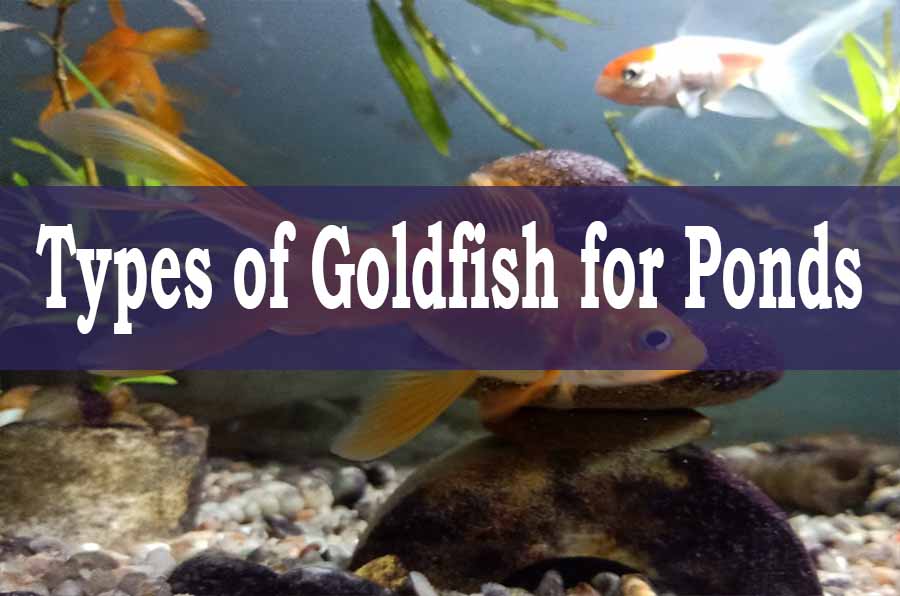 Goldfish which is scientifically known as Carassius auratus a freshwater fish from the family of carp fish.

Goldfish is native to Eastern Asia. More than a thousand years ago (AD265-420) in China goldfish was bred naturally from the carp family.

Many of the pet keepers used to keep goldfish into an aquarium but we can keep a good amount of goldfish in a pond.

Goldfish are popular pond fish because of their size, availability and easy to take care of them. Most of the goldfish are omnivorous.

Different Types of Goldfish for Ponds

The comet goldfish has significant structural differences like long, single and deeply forked tail by which you can differentiate it from normal goldfish. The common coloration of comet goldfish is red, yellow, orange, white and red-and-white.

The natural life span of this type of goldfish is about 5 to 14 years, which is quite satisfactory.

You can keep both the comet goldfish and koi fish together in the pond. Comet is very active which makes it more suitable for a natural pond.

There are two common variants of comet goldfish, they are the Sarsa comet with red-white color combination with a long flowing tail and the Tancho single-tail with silver color body and a red patch on its fin.

One of the rounded or egg-shaped goldfish which has a beautiful fancy color combination. It’s the Japanese version of Fantail goldfish.

The extremely high back which is generally known as dorsal hump is the significant body structure of Ryukin goldfish. Red, red and white, calico, chocolate are the common coloration of available ryukins. The average size of ryukins is 6 inch but in a well-maintained pond or tank they grow up to 10 inches.

The expected life span for ryukins is 10 to15 years but they have known to live around 20 years in a well-maintained pond.

They breed naturally in spring. They are very social but they get aggressive to other fancy fish. The red and the white variety of rayukin is less expensive than other rayukin variants.

A fleshy growth is the significant structure of the oranda type goldfish. They are known as “flower of water” to the Chinese. It is one of the more rounded or egg-shaped goldfish.

It’s assumed that the oranda had originated in Europe. This egg-shaped fancy fish has a large, round body and a flowing tail fin that fans out when it stops swimming.

Orandas are available in red, red or white, white, black, calico, chocolate color, recently a blue variety is developed. Redcap oranda is the most popular with the pet keepers among its all varieties.

Generally, it grows up to 6 or 7 inches. Oranda type goldfish also get a life span like the ryukins 10 to 15 years.

They are peaceful. You can keep them singly or with other fishes. It is inexpensive and readily available.

They have around and chubby figure which is identical. They usually grow up between 6 to 8 inches in length.

This unique goldfish can live up to 10 to 15 years. Well maintenance of them can expand their lifespan up to 20 years. You can keep them with the goldfish who have difficulties with vision. It is fairly available and inexpensive.

The shubunkins are look-alike the comets. They are first bred in Japan.

They are peaceful and they are extremely adaptable. They can spend their lifespan for 15 years. They grow up to 12 inches with proper care and maintenance.

Three different types of variants are available they are known as the London, the Bristol, the American.

The London has a rounded fin, slender body with calico pattern coloration. The Bristol has a slenderer body, distinctive tail and pointed tail fins. The American has a long pointed tail.

As it has a fancy look though it is inexpensive due to its rare availability.

The fantail goldfish has significant body structure, it has got an egg-shaped body with a huge tail which looks triangular from the back. It has no hump shoulder hump.

It is assumed that the origin of this fish may be in china or japan.

They are available in three colors metallic, solid reddish-orange and nacreous. They usually grow up to 6 inches.

They are peaceful, you can keep them in a group or singly. This variant of goldfish is available and less expensive.

It has similarities with the fantail goldfish. It has erected dorsal fin like the fantail but its fantail can grow over 2.25 inches. On average it can grow up to 6 or 7 inches but the growth of its tail can go up to 4 inches.

It appears in solid red or orange, variegated color or in calico. The expected lifespan of this goldfish is 10 to 15 years. They are slow swimmers and eaters.

You can keep them in a group or singly as they are peaceful in behavior. It is comparatively costly than other goldfish because it is fairly rare.

Things To Consider Before Adding Goldfish To Pond

Goldfish is attractive because of its natural fancy color and eye-soothing body structure. They can survive in a pond by consuming natural oxygen produced in the pond.

The suitable temperature range of the pond water should be 40 to 105 degrees of Fahrenheit or 4.4 to 40.5 degrees Celsius to survive for the goldfish.

If a thin layer of ice is formed at the surface of the pond water goldfish can survive in this situation if there remains enough oxygen inside the pond. Goldfish is hardy by nature so it’s important to gather the knowledge about its surviving temperature in water. 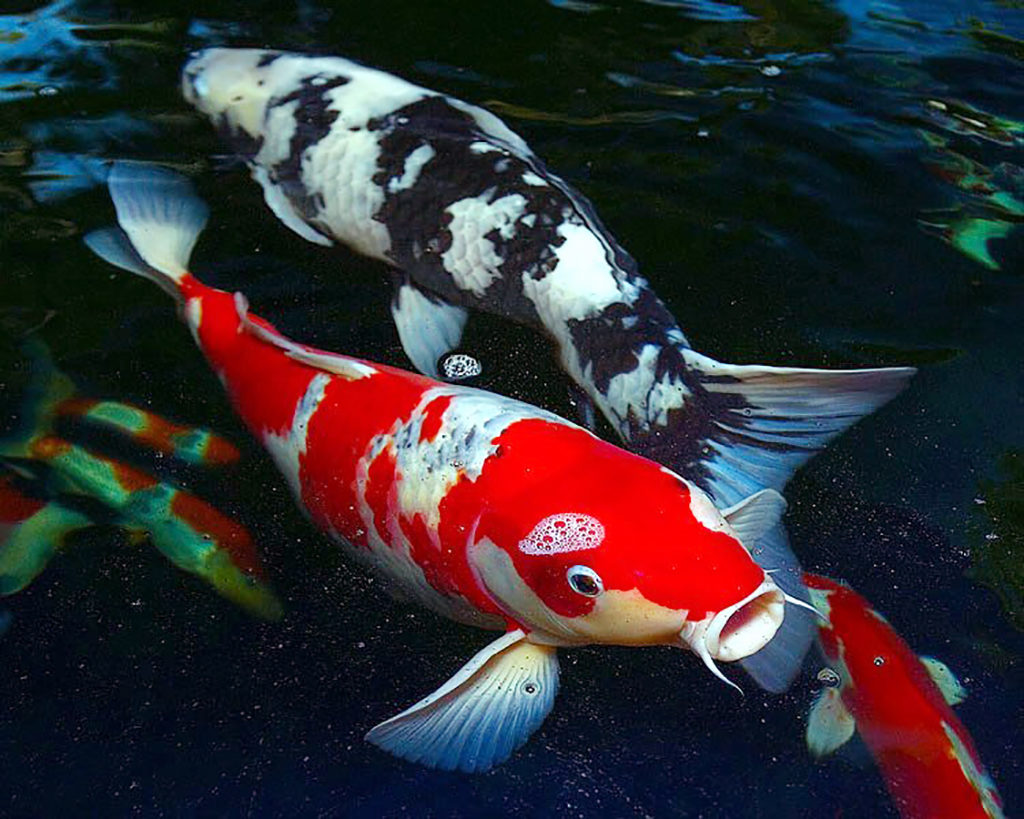 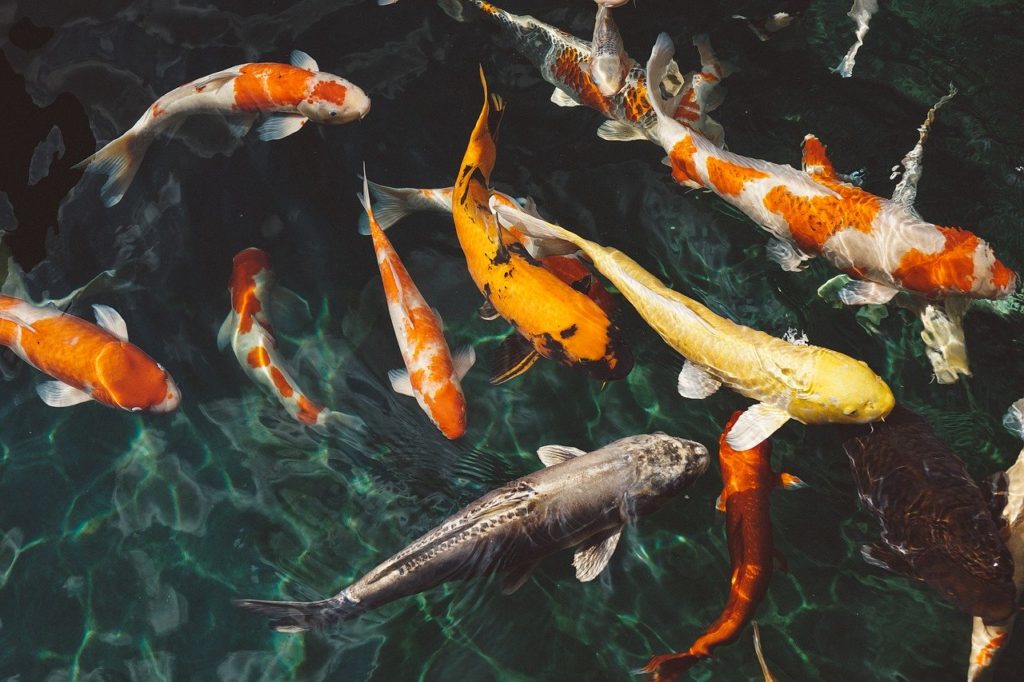 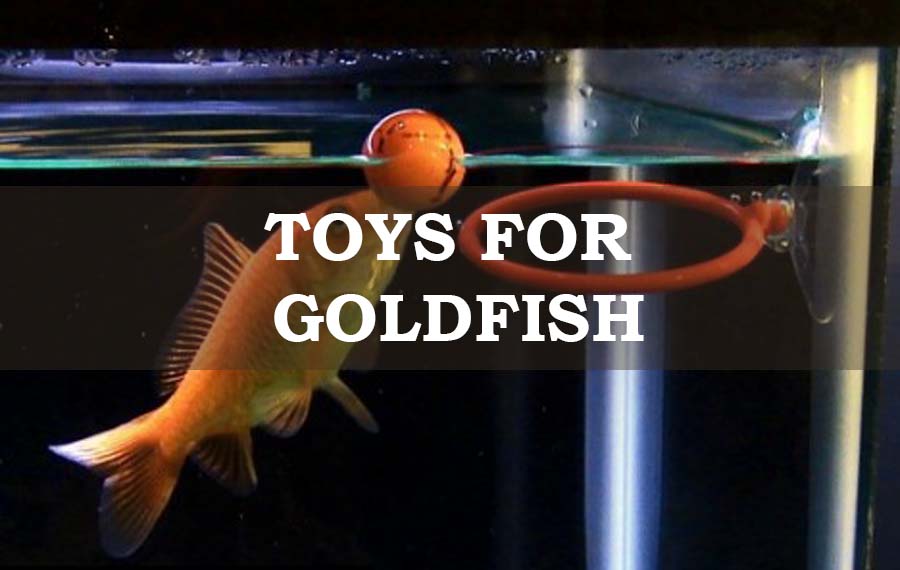 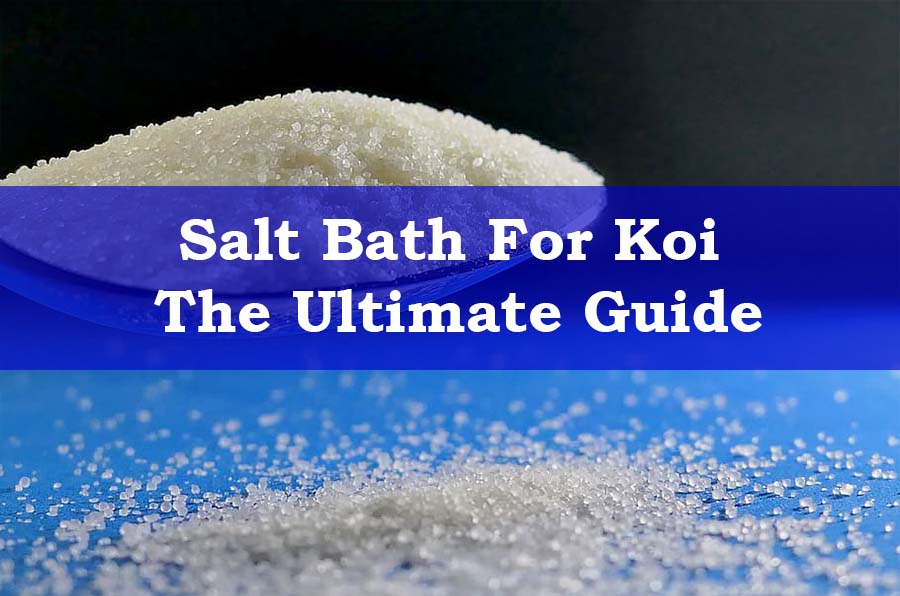