A common question of many pond keepers is: how long does a pond filter take to mature? A pond filter is used to maintain the water quality of the pond. If you add a large number of fish to your pond before establishing an effective pond filter, a great loss will occur.

After installing a pond filter, your first and foremost duty is to give your pond filter adequate time to mature. A pond filter takes almost one to one and a half months to mature. It is established properly through several stages. In this article, the stages will be discussed in detail. So let’s get started.

The first stage of the nitrogen cycle is producing ammonia in the pond water. Ammonia can be produced by placing koi fishes in the pond. Ammonia is produced from the urine and feces of the koi fish. Ammonia is very harmful to a large amount of fish in the pond.

The ammonia level can be determined by measuring the PH of the water. Ammonia level is not normal when the PH level is under seven. If the PH value is greater than seven, then you need to understand that there is a high amount of ammonia in the pond water.

Produced ammonia from the waste materials of koi fishes is further accumulated in the pond and the nitrogen cycle begins. Ammonia is very harmful to the fish. It harms the organ of the fish and it dies. It is also harmful to aquatic plants.

If the water is replaced from the pond, the level of ammonia is reduced. In that case, it will not accumulate throughout the water. After installing a filter in your pond you can produce ammonia inside the pond by adding less expensive fish or koi fish. You can also buy ammonia from the grocery store near your house.

This is the second stage where ammonia is broken down into nitrite. One kind of helpful bacteria is automatically grown up in your pond. This bacteria helps to break down ammonia into nitrite which reduces the toxicity of the ammonia. The name of this bacteria is Nitrosomonas. The whole process takes almost two to three weeks.

Nitrite is also harmful to pond fishes. But it is less harmful than ammonia.

This is the final stage. After accumulating nitrite into the pond. Nitrite is broken down into less harmful nitrate. This breaking procedure is done by a bacteria called Nitrobacter. Nitrate does almost no harm to the fish.

Nitrobacter is one kind of bacteria that cannot be produced if the pond water is not fully accumulated by nitrite. For accumulating the water with nitrite ammonia is needed in the pond water. So the previous two steps are done. A pond keeper needs to place a small amount of koi fish inside the pond. This will help to produce ammonia as well as nitrite. Then the Nitrobacter will be produced in the pond. And when the pond keeper will add a lot of fish inside the pond this Nitrobacter will help to break down the harmful nitrite into less harmful nitrate. This is the full nitrogen cycle.

Without completing the nitrogen cycle the most helpful bacteria Nitrobacter cannot be produced and the main purpose of the pond filter would have failed without the necessary bacteria supplement. Aquatic plants help to finish the cycle faster.

Adding fishes To the Pond

After completing the cycle you are ready to place fish in the pond water. You should not add a large number of fish at a time. Fish should be added in a small amount so that it is not harmed by the ammonia spike in the water.

Adding fish gradually will create a balance inside the water. And your pond filter becomes fully matured to cope with more fish wastes and keep the water healthy. That is how the whole cycle works. 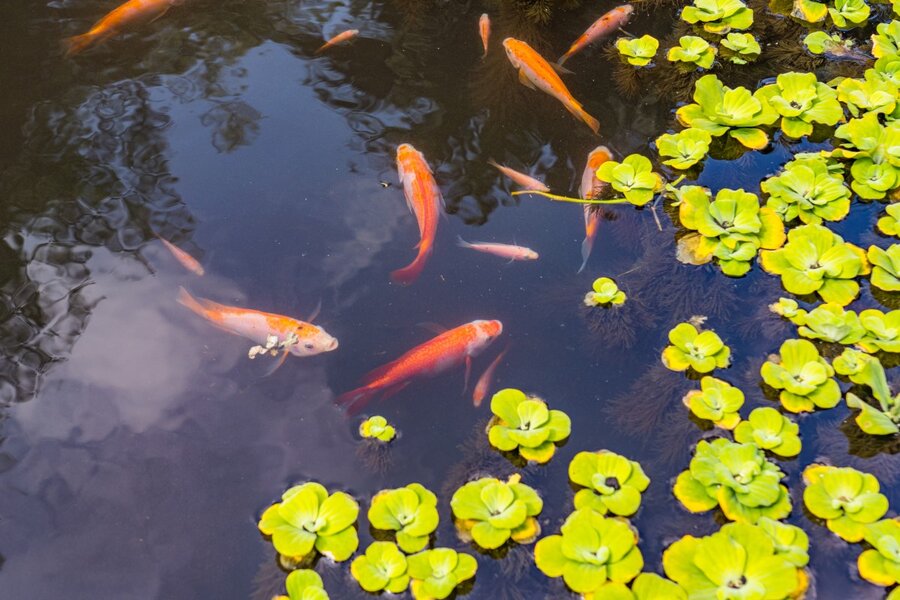